What is the image of a waste water treatment plant (WWTP) in your mind? A deep reinforced concrete clarifier with bad odour? Next year, a WWTP with a complete reversal of the traditional image, designed by Shanghai Tunnel Company SUCDRI and built by Road and Bridge Group, is going to settle down in Wusong.

Why do we say that it is a whole new image of WWTP? You will figure out by checking the pictures below 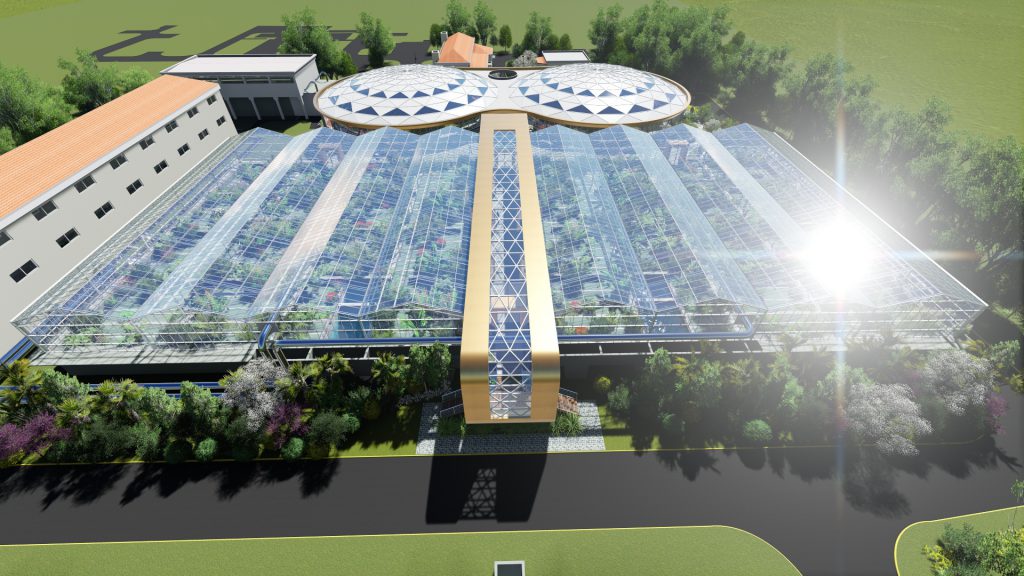 However, someone might have a question, “Excuse me? Why are there so many plants in this WWTP?” Since it is a WWTP, it is built for the purification of wastewater. And all the plants will replace activated sludge and artificial machines, which will treat over 40,000m3 of wastewater per day for the city residents.

The Wusong WWTP is the first botanic garden wastewater treatment plant which applies an FCR solution for the treatment of sewage. FCR (abbreviation of Food Chain Reactor), includes plants in the WWTP that provides a habitat for microorganisms, which can digest the impurities (organics and nutrients) in the sewage.

After the reform by SUCDRI, there will be over 3,000 pieces of plants, including mandala flower, catharanthus roseus, common alder, canna etc. and microorganisms that builds a water ecological food chain in the WWTP through natural and artificial methods. It will improve urban environment while treating over 40,000m3 of wastewater per day for the city residents.

The WWTP becomes a garden in the city

People who live around traditional WWTPs think of them as “dirty, messy and smelly”. It is because of both the technology and land tension.

The FCR will not only reduce land by over 60% and OPEX by over 30%, but also produce less sludge and provide a beautiful odorless landscape. The structures of plant roots as biofilms not only enhance the amount of microorganisms in the water by 3-4 times, but also create a stable process system which fits the unexpected fluctuation of sewage loading so as to minimize the negative effect to surroundings.

Nearly 100 Million Gallons of Wastewater Released ...
Industrial Wastewater: What You Need to Know Part ...
The 3 Biggest Issues in Wastewater Treatment (And ...
What Are the Effects of Wastewater on the Environm...

Use our smart form to swiftly enter your data
Lean back and let the engine crunch the numbers, run the design algorithms and create your design
Receive your WWTP designs in a matter of hours

Back to login form
Cookies help us deliver our Services. By using our Services or clicking I agree, you agree to our use of cookies and Terms of Services. Learn More. I Agree
MENU